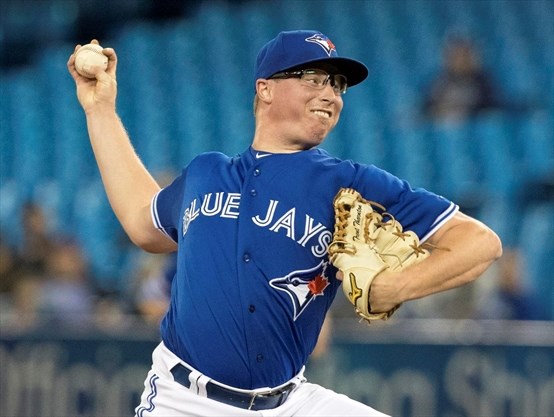 Trent Thornton threw 7 shutout innings, but got the no-decision as the Blue Jays edged the Rangers 1-0 in 12 innings


After getting swept by the Angels, the Blue Jays limped into Texas trying to snap a three game losing streak. Alen Hanson was DFA'd after that colossal error that cost the Blue Jays 2 runs. Actually, he was dropped mainly because the Blue Jays needed more pitchers with a lack of reliable starter available Saturday. Trent Thornton was back on the mound still looking for his first career win. He's pitched well, but has lacked run support. Vladimir Guerrero Jr. also returned to the lineup after sitting out yesterday's game. Could the Blue Jays snap the three game losing streak? Here is tonight's game recap.