Just as the game started to appear within reach of the Blue Jays in yesterday's series opener, the Rays yanked back the $20 on a string and the game got out of control in the end.  Today, the Jays look to avoid getting stringed along and even up the series.

Clayton Richard had a decent first start last week and looks to build upon that with, hopefully, a longer outing as he takes the ball for the Jays tonight.  His counterpart, Ryne Stanek, is opening the game for the Rays for about the 897th time in the past two years (or so it seems).

Heads up.  Next week, I'm away in London for a week, Sunday the 2nd to Sunday the 9th, so just line up on your left to sign up to do game threads while I'm away.  *tips hat*

Nice of the Rays to recognize Charlie Montoyo for his time spent in Tampa:

Today's one-time Blue Jay of the Day is ... Tom Underwood! 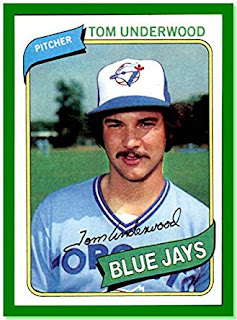 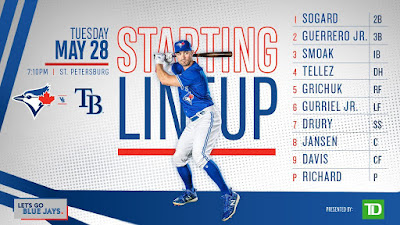 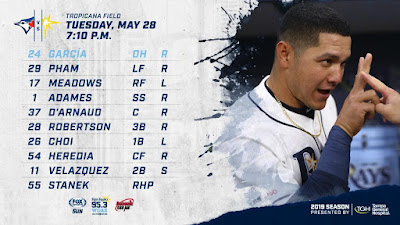