After a beauty of a start by Trent Thornton and a nice bend-but-don't-break effort from the bullpen, the Blue Jays ended a long day with multiple flight issues and 12 innings of baseball with a 1-0 victory.  Tonight, they look to carry on that momentum as the stink of the Angels series get further away in the rearview mirror.

Thomas Pannone takes the ball for the Jays in a spot start as this is the first time in quite a while they've needed a fifth starter.  He goes up against Lance Lynn.

It's Saturday, so time for some Jayson Stark tidbits -- in his weekly Useless Info Dept. blog, there's a fair bit of info about Vlad in there.  So here goes... 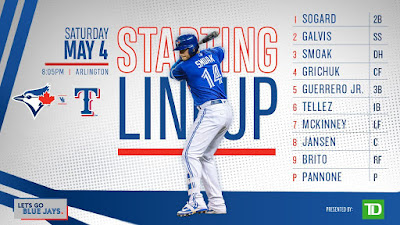 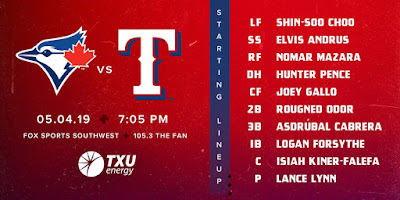