The Blue Jays look to bounce back after accumulating only two hits in a game that got away from them in the eighth inning.  This is the second game of a four-game series against the White Sox.

Aaron Sanchez takes the ball for the Jays as he looks to turn in a better performance than his most recent outing, also against the White Sox, last week.  Ivan Nova faces the Jays again after turning in his best performance of the young season (but, of course).

In addition to yesterday's news that was already posted about Teoscar Hernandez being optioned to Buffalo, Socrates Brito has cleared waivers and been outrighted to Buffalo.  Sure, why not?  Depth on the farm is never a bad thing, and maybe the lightbulb will click on one of these days.

Want to hear something insane?  Josh Hader just had a stretch where he had 26 strikeouts in a span of 28 outs (9 and a third innings over 8 appearances).  Of course, he did also give up four home runs in that stretch.

Today's one-time Blue Jay of the Day is ... Cliff Johnson! 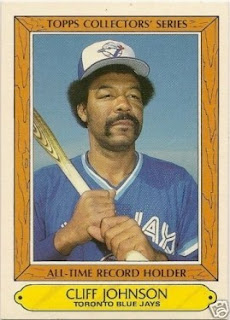 Trivia:  Which is the only team that the Blue Jays lost to in the post-season that did not go on to win the World Series? 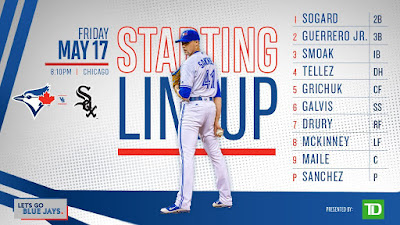 **NOTE:  There's been a late-breaking lineup change for the Jays:  Danny Jansen is playing instead of Luke Maile and will bat 9th. 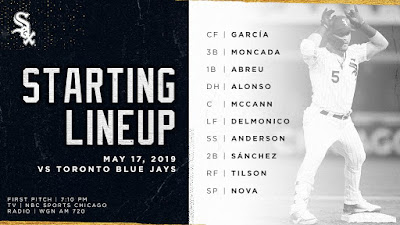