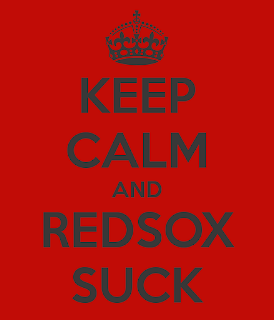 Well, damn.  A very winnable game got away from the Blue Jays last night as they went down in 13 innings.  In today's finale, the Blue Jays look to come up with a series split against the Red Sox.

In what looks to be a battle of bullpens for today's matinee, Clayton Richard will come off the DL and take the ball for the Jays.  How long he can go remains to be seen - Charlie Montoyo suggested that he might go 50 or 60 pitches.  The Red Sox counter with Ryan Weber as their opener who, similarly, isn't expected to go beyond three or four innings at the most.

Jimmy Cordero has been optioned to make room for Richard.

Apparently Alex Cora has been doing some whining about Marcus Stroman doing some quick-pitching.  Take a look and decide if Stroman is doing anything wrong here after Chavis took 17.5 hours to get settled into the batter's box:

Yeah...shut the fuck up, Cora.

Trivia:  Randy Moffitt pitched for the Blue Jays in 1983.  What is his claim to fame?

Our one-time Blue Jay of the Day is ... Roy Howell! 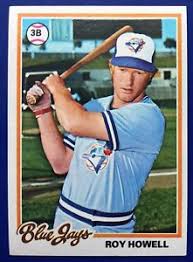 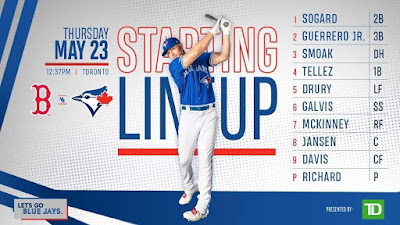 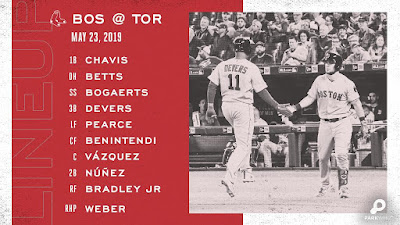