After a much-needed day off to exorcise a bunch of demons (hint: there's a LOT of them in the early going of this season), the Blue Jays are back at it again as they take on the White Sox for a three-game series.

Clay Buchholz was scheduled to start tonight, but has been scratched with a lat strain.  Daniel Hudson will get the spot start tonight in what will be a bullpen-by-committee game for the Jays.  He'll match up against Dylan Covey of the Sox.

Plenty of moves to report.  Thomas Pannone was optioned to Buffalo yesterday and Socrates Brito was DFA'ed today.  Then it turned out that Buchholz needed to be placed on the IL so Pannone was recalled. As well, Jonathan Davis and Javy Guerra have been called up to fill out the 25-man.

Oy vey.  One of the most brutal series the Jays have ever had, being outscored 20-1 and outhit 38-11 by the Twins.  Hopefully they used the off-day to do some consultations with voodoo doctors and exorcism specialists to fix whatever ailed their bats, like this...


What's going on with Vlad?  Plenty of fans are starting to get antsy about the top prospect in all of baseball.  Fangraphs take a look at whether we should start freaking out over his slow start. <-- link here.   As Tom Jackson also demonstrated on the last thread, there's been plenty of big-name stars who have had slow starts to their careers and they ended up being just fine in the long run.  Have faith, good folks.

Today's Jay of the Day is.... Jesse Jefferson!

39-81 career record with a 4.81 ERA.  He was the starting pitcher the first time I attended a Blue Jays game at Exhibition Stadium.  Drafted by the Orioles in 1968 and spent three seasons with them and then two seasons with the White Sox before being plucked by the Jays in the expansion draft.  He pitched for the Jays in four seasons, compiling a 22-56 W/L record, before making quick stops in Pittsburgh and California before retiring.  He passed away from prostate cancer in 2011. 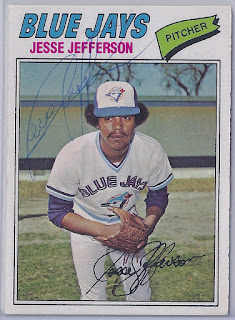 Trivia:  How many Canadians have appeared in at least one game as a Blue Jay?  Bonus for naming at least half of them without looking it up. 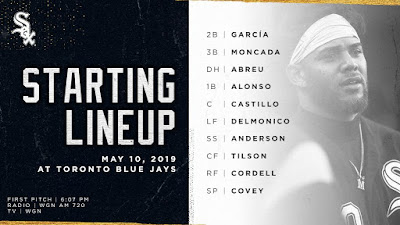 And... your new-look Jays lineup! 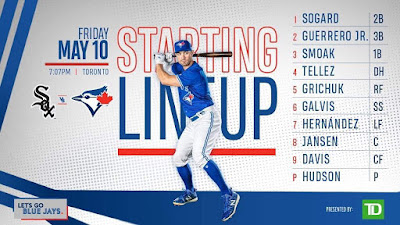 This is your "exorcism performed" game threat.
Posted by macgyver13 at 6:00:00 PM