The Blue Jays snapped a five-game losing streak in last night's 4-3 victory, with one encouraging sign being that they scored three runs in the first inning for the first time all season and four in the first two innings.

In this afternoon's matchup, Marcus Stroman looks to bounce back from a poor start and will face a long-time punching bag for Blue Jays hitters, Ivan Nova.

All's quiet on the roster movement front after yesterday's flurry of moves.

Fun fact from Jayson Stark:  The other day, Panda (Pablo Sandoval) only became the second ever to hit a HR, steal a base and pitch at least a scoreless inning in the same ball game.  The other?  Christy Mathewson.  Of course, the biggest difference between these two was that Mathewson threw a CGSO while Panda mopped up for a scoreless inning in a rout.

Our one-time Blue Jay of the Day is ... Mark Lemongello!

Years as a Jay: 1979
Drafted by the Astros and pitched for three seasons with some decent ERA numbers before being traded to Toronto.  He pissed off a lot of Toronto fans right after the trade by asking if "Canadians spoke American."  He was well-known to be an erratic, violent sort of person -- he was Ken Giles before Ken Giles came along, often slapping himself in the face after a bad pitch and was also known to destroy clubhouse furniture.  When Lemongello was informed that he was being sent down to Syracuse, he tossed an ashtray at Peter Bavasi's head.  No wonder he only spent one year in Toronto with a brutal 1-9, 6.29 record, then never pitched again in the majors after his age-23 season. 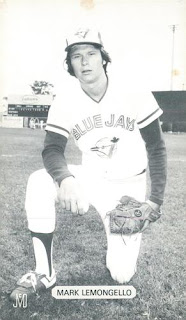 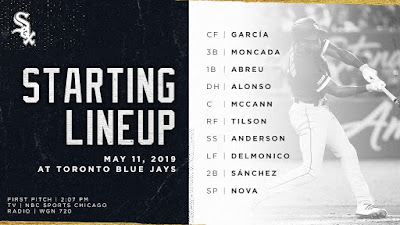 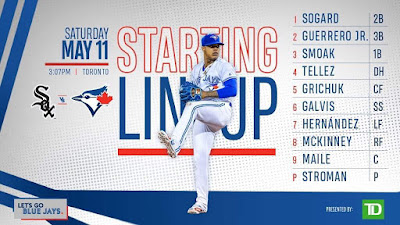 This is your "keep the momentum going with the new-look lineup" game threat.
Posted by macgyver13 at 2:47:00 PM