Sparked by a post from VladFraud, the Blue Jays' offence broke out with ten runs on fifteen hits, including a Vlad HR, as they thumped the White Sox in the second game of a four-game set.  The Blue Jays look to maintain this momentum in this afternoon's tilt.

Ryan Feierabend makes his first appearance in the majors since 2014 when he appeared in six games, and prior to that, he hadn't played in the bigs since 2008.  At age 33, he's reinvented himself as a left-handed knuckleballer, so it'll be interesting to see how he fares in today's game.  Lucas Giolito is his mound counterpart today.

Feierabend's contract was selected by the Jays, and to make room, Javy Guerra was DFA'ed.

Devon Travis apparently had a minor setback in his recovery from a knee surgery -- he experienced some soreness and got looked over, but it was determined it wasn't anything major so he got an injection and will rest a bit before resuming baseball activities.  Just don't feel anything is going to happen there with the glut of infielders we've got in the system, anyway.

Which of these four Jays never led the league in home runs? 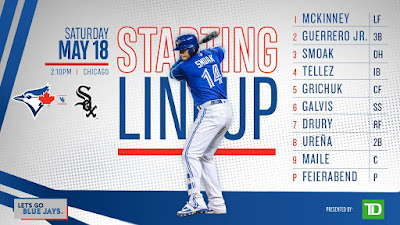 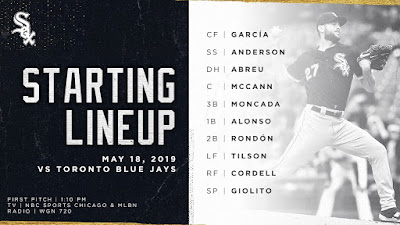 This is your uninspired game threat.
Posted by macgyver13 at 1:11:00 PM