After losing game 2 of the series in front a record-low Tropicana Field attendance of 5,786, the Blue Jays look to salvage the finale against the Rays before splitting town to Colorado.

Trent Thornton has the unenviable task of going up against reigning Cy Young winner Blake Snell on the mound for tonight's game, though Snell hasn't so far appeared to be quite as dominant as he was last season.  Worth remembering that the Jays did win the last time they faced Snell in April, a 3-1 decision, though they scored their three runs after Snell was pulled from the game.

If there were no fans there at Tropicana Field for yesterday's game, can we say that the Blue Jays didn't lose the game?  How would anyone know?  Just asking for a friend.  Loss stricken from the record.

We're now getting daily reminders on Blue Jays twitter to vote for our guys as All-Stars ... uh, who?  There's no position player that deserves an All-Star vote, so ... pass.  Maybe if Vlad gets searingly-hot over the next month, then sure.  Otherwise, direct your votes elsewhere and see which pitcher gets the call to join the team (Stroman or Giles, or both).

Trivia:  Who is the only Blue Jay to hit a walk-off home run off the sainted Mariano Rivera? 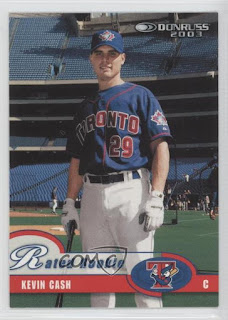 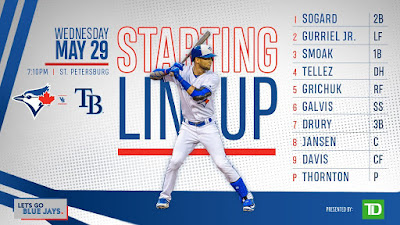 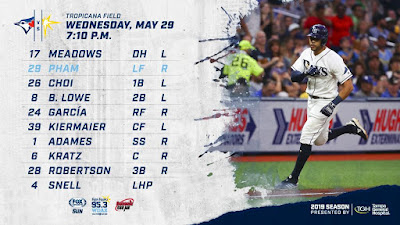