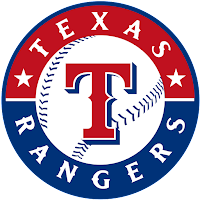 A very ineffective start from Thomas Pannone last night left the Blue Jays in a big hole that they couldn't dig out of as they lost the second game of the series.  On the bright side, Vladimir Guerrero Jr. earned the first RBI of his career.

In today's finale, Clay Buchholz takes on Drew Smyly in a matchup of veteran pitchers seeking their first wins of the season in the rubber match.

A couple of our folks here posted this tweet from Keegan Matheson about the Vlad/Vlad Jr/Smoak connection:

But what's also interesting about the Smoak 1st RBI is the Jays connection behind it:  Smoak hit the RBI off Mark Buehrle and the fly ball was caught by Alex Rios.  Hey-o!

The "to bunt or not to bunt" question keeps coming up.  I'll just leave this chart up here to let you decide whether it's worth it or not -- and for proponents of sac bunts, the Jays may be 7-0 when a successful sacrifice bunt is executed but as Tom Jackson pointed out, none directly led to a win, and also left unsaid is how many bunts were attempted that were unsuccessful?  Personally, I'm indifferent to bunting, as long as it's used in such a way that isn't too predictable - and I'm much more in favour of sacrificing an out if there's a runner on 2nd with no outs than if there's a runner on 1st with no outs. 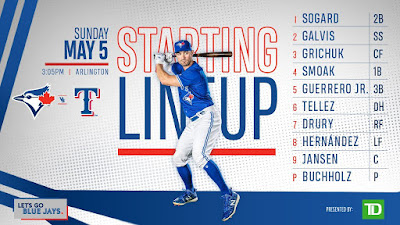 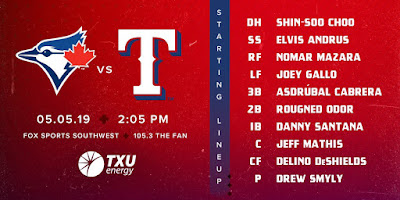 This is your "time for an offensive breakout" game threat.
Posted by macgyver13 at 2:00:00 PM