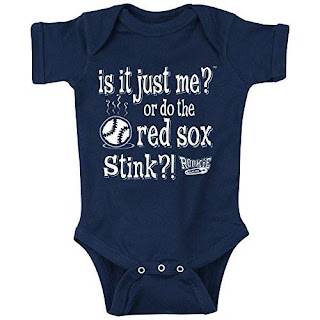 Much controversy came before the start of yesterday's series opener as Vlad Guerrero Jr. wasn't inserted into the lineup for a nationally-televised holiday game, which was won in a rout by the Red Sox.  The Blue Jays look to take advantage of most of the attention being placed on the Raptors tonight and come up with a better performance in the second of a four-game series.

Marcus Stroman takes the ball for the Jays against Eduardo Rodriguez -- just look at their records, it would (on paper) make more sense for Stroman to be the 4-2 pitcher and Rodriguez the 1-6 pitcher.  Just shows you the true worth of wins in today's baseball.
NOTES:

One roster move to announce:


Eric Sogard is still out with a sprained thumb.

Hopefully tonight's game is a lot less controversial and Vlad loosens the pressure by beating the shit out of Rodriguez's fastballs.

You all probably remember the Marcus Stroman HR against the Braves a couple years ago, but who is the only other pitcher to hit a HR for the Blue Jays? 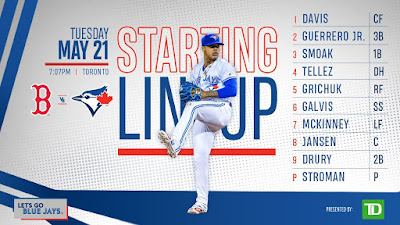 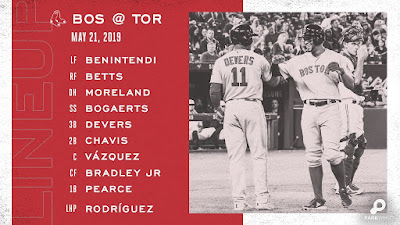