The Blue Jays did the smart thing and got the hell out of town for a while with the way they've been playing lately (2-10 in their past 12 after reaching the .500 mark).  They've embarked on a revenge tour with five games against two teams that they went 1-4 against earlier in the season, starting in San Francisco for two games before moving on to Chicago.

Trent Thornton takes the ball for his umpteenth attempt at securing his first major-league win.  The Giants are bullpenning things tonight with Nick Vincent going for an inning or two.  We might see Tyler Beede tonight - he's the one who was selected by the Jays in the first round of the 2011 draft but was the only one from that round not to sign with the team that drafted him.

Happy birthday, Doc.  Today would have been his 42nd birthday.

Ho hum, not much news to report on with the Jays.  They stink, hopefully they pull their heads out of the sand long enough to bunch together a few hits and win the ball game tonight.

Trivia:  What player was drafted 3rd overall by the Blue Jays in 1979, but went on to play QB for 10 seasons in the National Football League?

Today's one-time Blue Jay of the Day is ... Joey McLaughlin!

2nd round pick of the Braves in 1974.  Pitched for them for two seasons before being traded to Toronto along with Barry Bonnell in exchange for Chris Chambliss (who brought Damaso Garcia along with him in a trade from NY to Toronto earlier in the off-season) and Luis Gomez.  McLaughlin was the closer for a while in 1983 but frequently set the mound on fire as he mustered only 9 saves to go with 11 blown saves in 20 opportunities.  He might have been the first player in Blue Jay history to be roundly booed with regularity. 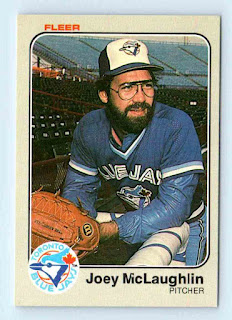 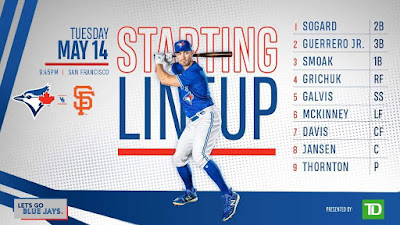 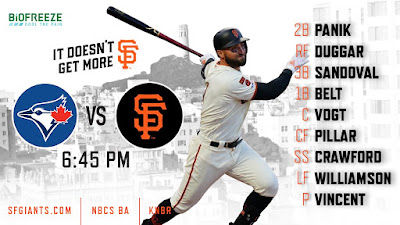