The Blue Jays look to secure a series win in the rubber match of a three-game series against the White Sox this afternoon.  The Jays have won 7 of their past 10 vs the Sox, so they look to keep that momentum going.

Aaron Sanchez takes the ball this afternoon, going up against Lucas Giolito who is pitching much better than last season when he had the worst qualifying ERA in the majors at 6.13 over 173 innings.


NOTES:
Here's to Vlad Jr. as he had his first big day as a major leaguer yesterday with two singles and two walks in his four plate appearances - the youngest Blue Jay to reach base four times in a game.

One transaction to report:  Edwin Jackson was picked up in a trade with the Athletics.  He potentially could start on Wednesday for the Jays against the Giants as Charlie Montoyo said he didn't want to bring someone up from the minors who has been struggling.  Once Jackson steps on the mound, he'll set a record for the most teams he's worn an uniform for with 14.  He had a decent season in 2018 with a 6-3 record, 3.33 ERA and 1.217 WHIP in 17 starts, so anything resembling that for this season would be a huge bonus.

Yesterday, Mark Lemongello was featured and he was part of the haul that came over from the Astros for Alan Ashby.  Considering his stats with the Jays and being somewhat slightly average on defense, not sure why 3 players (Lemongello, JJ Cannon, Pete Hernandez) were traded for Ashby alone.  Ashby was also well-known as a color man on radio broadcasts with the Astros and the Jays. 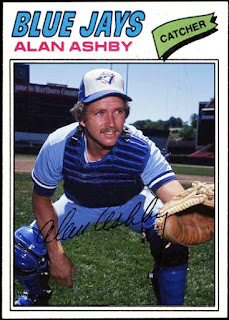 Trivia:  Who was the first Blue Jays player to steal 50 bases in a season? 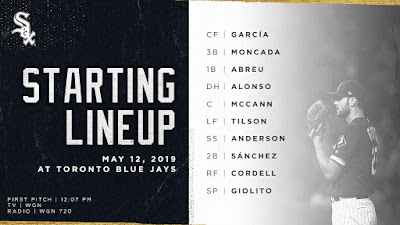 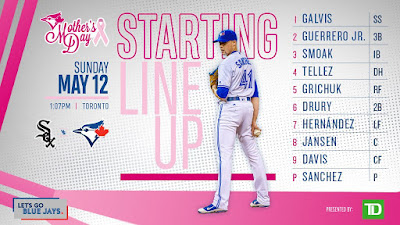