The Blue Jays open a three-game series against the San Diego Padres, who will be making their first visit to Toronto since 2016 when the Jays won two out of three.  The Jays are coming off a series where they lost 3 of 4 to the Red Sox while the Padres swept the Diamondbacks.

Trent Thornton looks to build upon the momentum of a few solid starts of late, and will butt heads with Joey Lucchesi, a left-hander for the Padres.


As well, Mississauga-native Josh Naylor has been called up to the Padres and will make his major-league debut as DH against his hometown team.  Nothing like a little pressure to make your first big-league appearance in front of family and friends like that!

Trivia:  In 1978, Ron Guidry had a season for the ages, going 25-3 with a 1.74 ERA.  His three losses were all to pitchers named Mike; the first two were Mike Flanagan of the Orioles and Mike Caldwell of the Brewers.  Name the third Mike from the Blue Jays.

(and yes, wiseasses, I'm looking for the surname for the answer, not "Mike")


In honour of the Padres coming to town, today's one-time Blue Jay of the Day is ... Joey Hamilton! 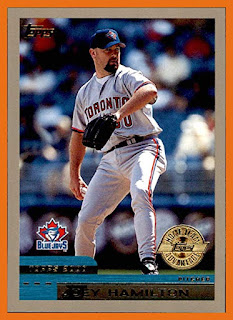 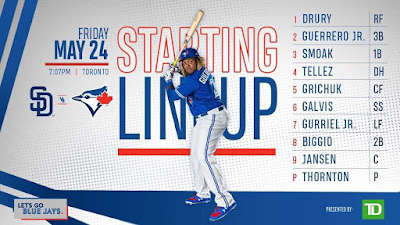 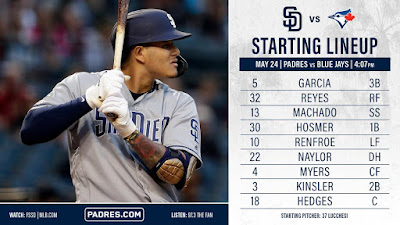