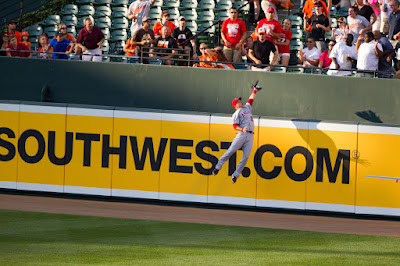 After essentially a bullpen day following Aaron Sanchez's one-inning appearance before leaving with a finger injury, the Jays were not able to fend off Luis Valbuena and most of the Angels' offence.  Mike Trout went 0-for-2, but did walk three times and score twice, so it was still a productive game for him.

Tonight should be a decent pitching matchup on paper with Marco Estrada going up against Andrew Heaney, though Estrada has always had trouble against the Angels in his career (6.95 ERA with Trout, Pujols and Simmons all hitting .400 or better).

Well, the commissioner's gavel has come down on Roberto Osuna, handing him a 75-game suspension retroactive to when he was arrested, meaning he'll be eligible to return on August 4th.  The suspension announcement and a corresponding statement from the Toronto Blue Jays:


Some roster changes to update you on:
- Steve Pearce returns from the DL and is batting leadoff tonight.
- Sam Gaviglio's paternity leave has ended.
- Danny Barnes placed on the 10-day DL with left knee tendonitis
- Lourdes Gurriel Jr. sent down to Buffalo.
- With Marcus Stroman returning to start tomorrow's game, it's a good bet that Aaron Sanchez will be placed on the 10-day DL.

Oh, hey, and the Angels have added Deck McGuire to their roster.

Seen in the stands in last night's game, our old buddy Ricky Romero: 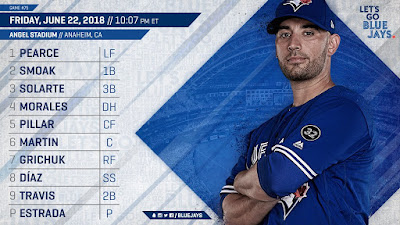 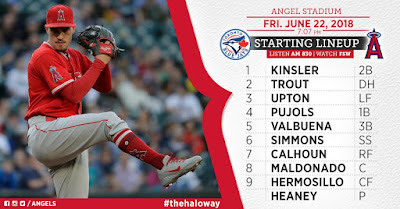