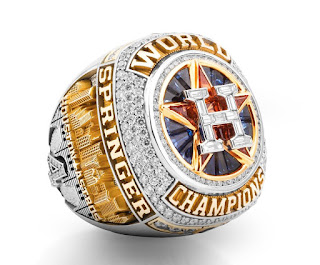 Well, well... we've got perhaps the best pitching matchup of the season for the Jays so far - two pitchers going for their 10th win of the season.  And while it seems rather one-sided on paper, Happ has actually outperformed JV in the month of June thus far:  Happ 2-0, 2.84, .528 OPS against compared to JV's 2-0, 3.16, .638 OPS against with both throwing 25.1 innings this month -- and Happ's ERA was inflated by two inherited runners scoring in the 9th in his last start.

Including his final three starts of May, Happ is 5-0, 2.35 in his last seven starts.  The price keeps going up for him at the trade deadline!

So... sit back and pack a few cold ones, be sure not to miss this game!

It still feels weird to me:  Houston Astros, 2017 world champions.  And they're even better this season with an improved pitching staff (JV for the full season plus Gerrit Cole).  That pitching staff is killer so far this season -- the team ERA is 2.81 and the starters are at 2.89.

No roster moves to announce for today.... so far.  Too bad Lourdes Gurriel isn't still up with the team, it'd have been fun to have him up with his brother Yulieski on the other side of the diamond.  There'll be one at least for tomorrow with Ryan Borucki coming up to start in Aaron Sanchez's place. 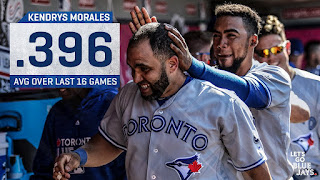 A bit of a story in Houston as apparently Alex Bregman shaved off his moustache in yesterday's game -- while still in the game, between innings, a move that will no doubt bring a big thumbs up from MK.  Check this out... 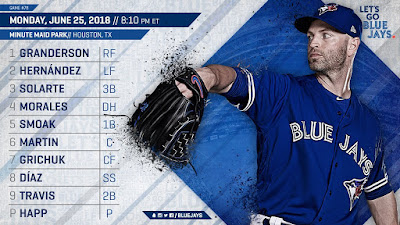 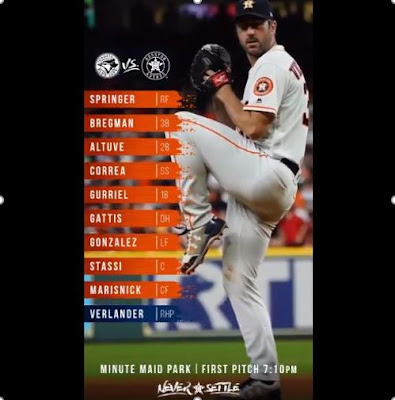 This is your "stranger things have HAPPened, let's sweep them" game thread.