*sad face* ... We don't get to beat up the oriLOLes again for a while, but there's good news!  We can still make oriLOLes/Chris Davis jokes and poke fun at them with win projections.  Let the countdown begin:  39 days until we face the oriLOLes again.

The Blue Jays are coming off a four-game sweep of the Orioles and head down to Florida to face the slumping Rays, who have lost nine of their last ten games since May 31st.

Stay tuned for a titanic battle for third place in the American League East as these two also-rans (at least for the time being) butt heads.

Good news!  Devon Travis is back in the lineup today after missing the previous two games with knee soreness.  Let's hope it's just a minor blip and not something like what happened with Vladdy Jr. coming back in after a couple of days off and then, well, y'know.

Justin Smoak is also back in the lineup after a day off yesterday.

For the Rays, Ryan Yarbrough was supposed to come in as the second reliever in today's game with Ryne Stanek scheduled to be the one/two inning "opener", but Stanek was needed in yesterday's game.  So, the Rays get to start games the traditional way tonight!

Weather update: Due to our stadium having a roof, today's game will be...

He's been diagnosed with a strained patellar tendon and will be shut down for probably four weeks before being reassessed.  So, what does this mean in the overall scheme of things when it comes to him being called up to Toronto?  Well... 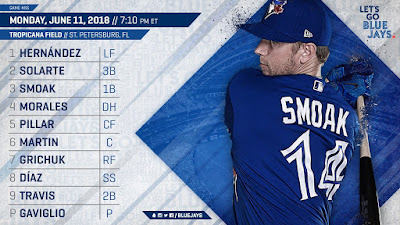 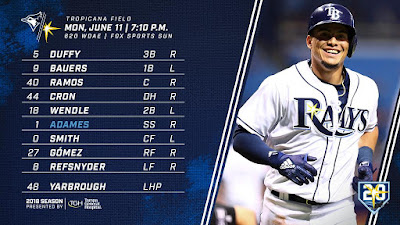 This is your "House of Horrors" (aaaahh!) game thread.  Time to let the dog take it away... 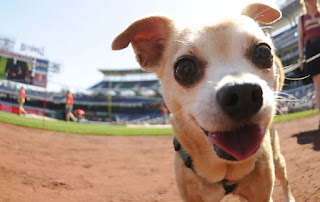