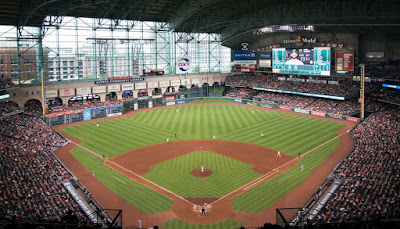 The first of Blue Jays' top-10 young talent has arrived in Houston to make his major league debut against the team that is tied for the most victories in the majors and the defending World Series champions.  No pressure at all, kid.  Go get 'em, Ryan Borucki. 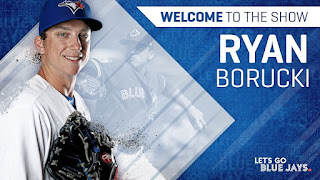 Including last night's loss, the Astros have gone 3-3 after a 12-game winning streak, so hopefully the Jays have caught them at the right time to make it a competitive series.

So, have you cleaned your shorts after that near-HR by George Springer with two runners on in the 9th inning last night?  Thanks to Randal Grichuk, we can breathe easier and look forward to tonight's game with the attitude that whatever good happens tonight with Borucki is gravy.

Sound the horns!  Gio Urshela is F.I.N.A.L.L.Y off the roster to make room for Borucki.  You'd have thought a crowbar was needed by now to get rid of him or maybe he had some seriously incriminating photos of Shatkins.


Votto or Freeman?  Hmm.  Votto a true Canadian, Freeman a semi-Canadian (he did play for Team Canada, after all)


Minor former-Jay-related note:  Sandy Alderson is taking a leave of absence for medical reasons.  J.P. Ricciardi will be one of three to take over Alderson's GM duties in the interim. 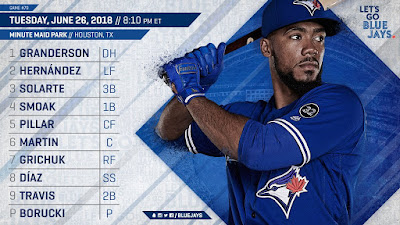 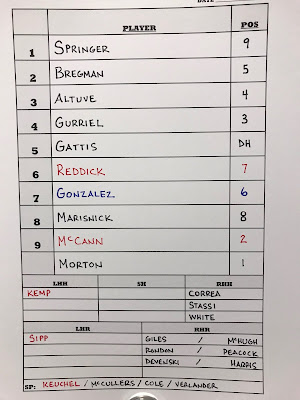 This is your "Good luck, kid" game thread.