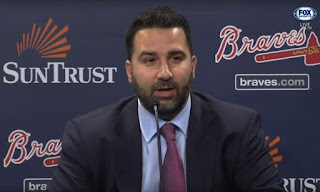 It's the RETURN OF ALEX A.A. ANTHOPOULOS as a G.M. of the Baaaarves!  I can imagine that Oakville has stocked his living room full of red wine and Greek olives in preparation for this long-awaited reunion-of-sorts.

As well, it's a second debut for Mike Soroka, the 20-year-old from Calgary, who is making his first major league appearance on Canadian soil.  He comes in having made four solid starts as a Brave to start his career.

The Blue Jays look to continue their inter-league dominance, having gone 6-2 so far this season, including a sweep of a (allegedly) strong Washington Nationals team this past weekend.

Some tidbits on Jays returning from the DL: 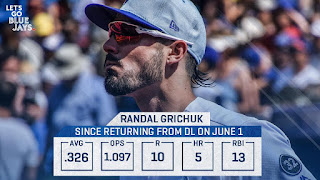 And it seems that someone is ready to come back and emulate Devo/Randal:

I’m back. Next start in the big leagues with the squad. Shout to everyone who helped throughout the process! #HDMH @BlueJays
— Marcus Stroman (@MStrooo6) 19 June 2018

When Bryce Harper came up to bat in yesterday's Nats-Yankees game, fans noticed something:

For those of you who asked for a photo. Here’s beardless Bryce pic.twitter.com/NYOCFCc90j
— Jamal Collier (@JamalCollier) 18 June 2018

Well... that set plenty of tongues a-waggin' and Twitter a-tweetin', with theorists speculating that Harper was doing this to make it clear to the Yankees that he wanted to go there.  (Never mind that he was likely just trying to break out of a serious funk at the plate) 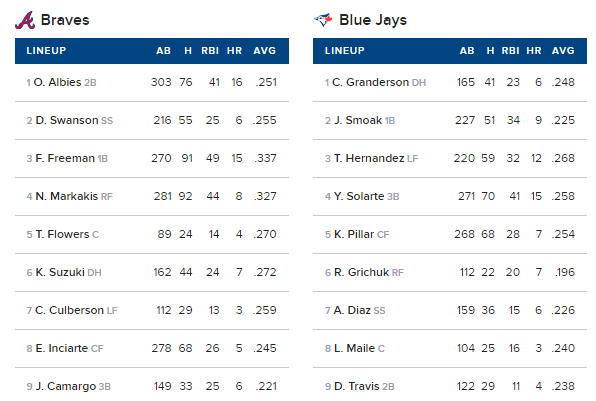