Happy 3rd anniversary of 'The Nappening'.  Can we please have the Jays take a nice team nap today before the game?

The slide continues for the Blue Jays, who lost game one of their series against the Tigers.  Just before game time, it was announced that Josh Donaldson had been placed on the disabled list and Tim Mayza had been called up.  The team then went out and promptly gave up four runs in the second inning and muddled their way through the first few innings before scoring 2 in the 6th and ultimately losing 5-2 when they couldn't score in the 7th and 8th despite having five base runners.

Here's a paraphrase of something Stoeten mentioned yesterday:
The Jays have gotten 1.5 fWAR so far this season from Stroman, Sanchez, Osuna and Donaldson.  Two are on the DL for a while, one is on admin leave and one is lost.  With Estrada's 0.3 added in, these five guys are on pace to finish at less than 6 fWAR.  When you consider that they collectively contributed 19.2 fWAR in 2016, it's easy to see why the team is on a 71-win pace instead of being in the mid-80s.  It doesn't matter what the rest of the roster does; if these five aren't doing it, the team goes nowhere.

MLB Pipeline has posted a breakdown of their top 10 prospects, headlined by you-know-who. 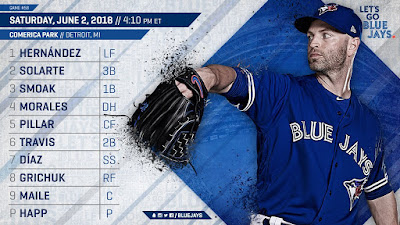 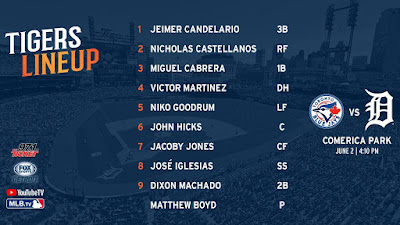