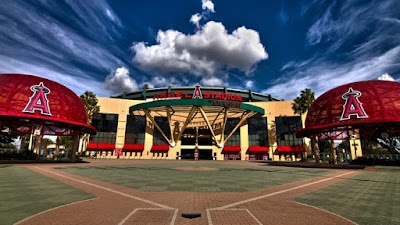 New daddy Sam Gaviglio returns to the team to make today's start in place of Jaime Garcia, who has been put on DL with a combination of left shoulder soreness/shittiness.  Here's hoping the quality time off spent with his family does wonders to recharge him after a couple of short starts in recent outings.

Felix Pena is making his second MLB start after 38 career appearances out of the bullpen.  He faced the Jays once last season while with the Chicago Cubs, striking out the side in an inning.  Goins, Montero and Bautista were the K victims; all three are no longer with the team, so let that be a lesson for today's lineup!


Looks like we have an answer as to who will be getting the start in Tuesday's game in place of Aaron Sanchez:

Welcome to the bigs, kid... no pressure at all, it's just the defending World Series champion with a killer lineup.  You'll be fine.

We keep hearing about how great this kid from Anaheim is, some fishy-sounding name, but all he's done against the Jays this weekend is to go 1-for-9 with 6 ks.  Overrated.  DFA candidate. 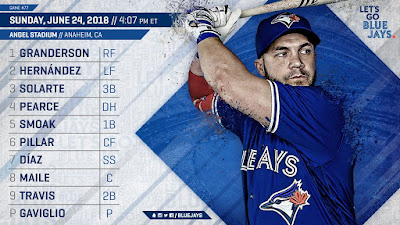 The Angels media guys are extra-lazy today for some reason as the lineup still hasn't been posted on their Twitter feed, so these guys get the hand-typed version today: