The Blue Jays have lost the first two games of this three-game series and they look to salvage the finale in an afternoon game (well, it's a dome so who can tell if it's the afternoon or in the evening?).

J.A. Happ looks to continue his excellent season while going up against a budding Cy Young candidate (don't everyone look like one against the Jays?) in Wilmer Font.  Personally, I think the Jays should counter with a different font to confuse him.

A big loss for baseball as Miguel Cabrera has just been declared out for the year with a biceps injury.  He joins Shohei Ohtani, Corey Seager, Stephen Strasburg, Josh Donaldson and Clayton Kershaw on the sidelines, so some serious star power is missing.

Things are kinda dead and the Jays suck rocks (when not playing the oriLOLes) so let's see if we can perk things up with a few facts from around baseball.

Mike Trout just became the first player ever to have back-to-back multi-HR games in Seattle.  He's now up to 6.0 bWAR.  6.0 bWAR on June 12th!  He's on pace for about 8.55 bWAR by the all-star break -- Josh Donaldson, the second best bWAR player since 2013, had a career high single-season total of 8.5 and you've got Trout threatening to match that just at the all-star break!

Ozzie Albies just became the fourth ever to hit two+ grand slams in one season at age 21 or younger -- the other three, you've perhaps heard of them:  Ken Griffey Jr, Alex Rodriguez and Adrian Beltre. 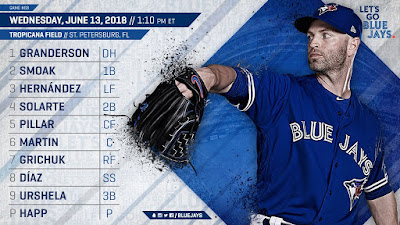 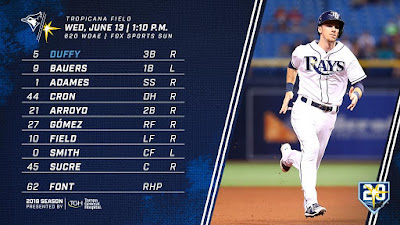 This is your "thank goodness you've got work so you can skip this game" thread.