Congratulations to the Toronto Blue Jays as they managed to not lose a game yesterday for a change.  (shhh, don't remind me that they didn't play yesterday).

Can the Blue Jays snap their long, non-oriLOLe streak of futility against the team that inspired the 'Nappening' team-bonding that sparked their (eventual) playoff run in 2015?

Josh Donaldson has rejoined the Blue Jays in Toronto, though he's not in the lineup for tonight's game.  Gotta find a way to get his trade value up in time for the late-July deadline, huh?

Devon Travis is back in the lineup tonight after not starting on Wednesday to rest his knee, though he did come into the game for the final two innings.


This is wacked:  Kelly Gruber made an ass of himself and got turfed off the stage at a PitchTalks event yesterday: 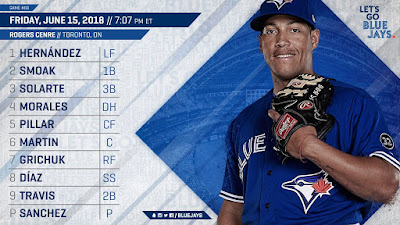 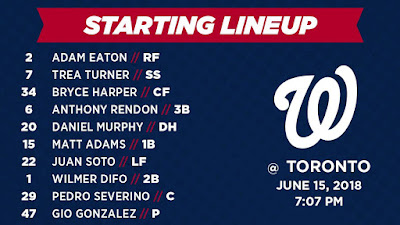