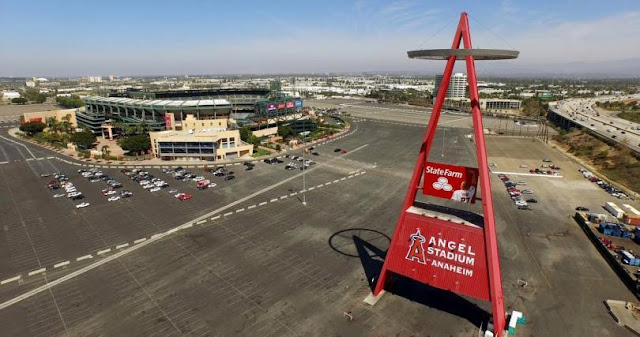 Oops... that'd an ideal pitching matchup to watch.  Here's the actual one for this game...

Woof.  Marco Estrada was very good with 3 hits given up in 7 innings and the batters compiled 9 hits, but it wasn't enough as the Angels won a tight one, 2-1.  It didn't help that Steve Pearce kicked the ball around a la Kramer in the corner on a Pujols double in the first inning (when both runs scored) and that Justin Upton stole a potential HR away from Russell Martin, or the game could have ended up differently.

Today, Marcus Stroman makes his first start since May 8th as he looks to overcome his shoulder issues.  He goes up against a 21-year-old rookie, Jaime Barria, making his tenth major-league start.

With Stroman's activation from the DL, Aaron Sanchez has been placed on the DL with a finger injury.  Coincidence, you say?  Just as well to keep them separated - they're supposedly not BFFs any more, remember?

As well, Jaime Garcia has been put on the DL with left-arm shittiness while Tim Mayza has been called up to take his place on the roster.  Sam Gaviglio will start Sunday's game and a determination will be made in a couple of days as to who will start Tuesday's game.

Now that I think about it, May 8th was one heck of an ugly day for the Jays.  Marcus Stroman made his last start before being diagnosed with a fatigued shoulder, Roberto Osuna was arrested and James Paxton no-hit the Jays, all on the same day.  Didn't make the connection until now that all three occurred on the same day.

Let's hope that Stroman's mental game is on as well as his throwing shoulder as he admitted that his mind wasn't always handling adversity well with his struggles early in the year.  He'll need to be on his game tonight as both Mike Trout and Albert Pujols are each 5-for-10 (.500) lifetime against Stroman.

Don't be surprised if there's a trade reasonably soon.  Five guys (mmm, burger) are competing for three spots in the OF now that Pearce has returned -- something's got to give when you have Grandy, Pearce, Pillar, Grichuk and Teoscar all needing regular ABs.  One will probably be moved for a prospect with an eye toward 2019.

- Steven Wright of the Red Sox became the second pitcher to give up 10+ hits, 10+ earned runs and get no more than 10 outs, with his team still winning the game.  The other?  Gio Gonzalez while with Oakland in 2009.

- Juan Soto is the first teenager to hit 6 HRs in his first 25 career games.  Pity that Vlad Jr. likely won't get a chance to do that as well.

- On Wednesday in Pawtucket, one Josh Smith started and won the game while a different Josh Smith got the save.

Trivia:  Ryan Braun just stole his 200th career base to become the second active player (not counting Hanley Ramirez) to hit 200 HRs and steal 200 bases.  Name the other one. 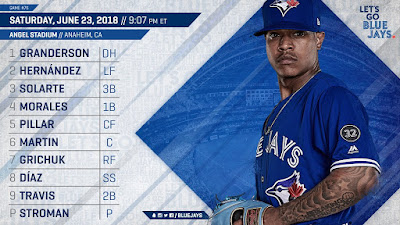 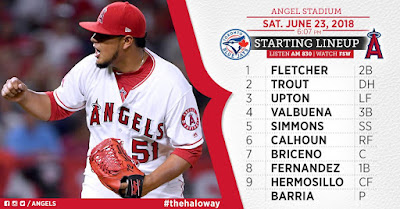 This is your "It's Saturday night, just win you assholes" game thread.
Posted by macgyver13 at 8:00:00 PM