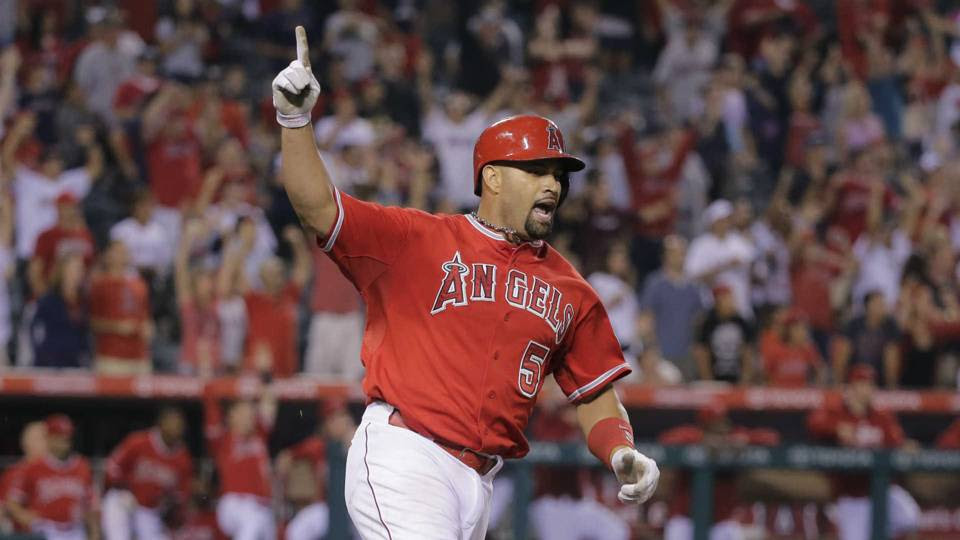 Albert Pujols was 2-3 at the plate and scored the game winning run as the Angels beat the Blue Jays 2-1 in a pitcher's duel.

With all the news in Blue Jays land today, this game feels lik-e an afterthought. Roberto Osuna was handed a 75 game suspension, retroactive to when he was first placed on admin leave, Steve Pearce made his return to the lineup after missing more than a month with an oblique injury,Danny Barnes replaced him on the DL with knee tendonitis and new papa Sam Gaviglio returned from his paternity leave. Lourdes Gurriel Jr. was sent to Buffalo to make room on the roster. With Stroman returning tomorrow, Sanchez will likely be joining Danny Barnes on the DL. Anyway, the Blue Jays were looking to even up this four game series after having their butts handed to them last night. Here is tonight's game recap.