The post-Donaldson era has started with Marco Estrada taking the mound tonight against Wei-Yin Chen.  Chen has been brutal on the road, but very good at home this season, so he'll be a tough matchup for the Jays.

Yesterday, the news was dominated by the trades of Josh Donaldson and Curtis Granderson, with many, many strong opinions about the paltry returns for these two.

Oh yeah, there was also a game that took place yesterday.  Right?  Ah yes... after going down 5-0 midway through and down by four in the 9th, Justin Smoak brought the Jays all the way back with a two-out, two-strike pinch grand slam for a 6-5 win.


Next week should be fun with the Clevelands coming to down.  I'm sure Dosh will be there in person, whether he's ready to play or not, so he can get some closure with the city and the fans of Toronto.

Roster moves a-plenty!  Taylor Guerrieri and Jose Fernandez (no, not *that* one) have been called up along with Sean Reid-Foley.  Murphy Smith has been DFA'ed.  Wonder if Twitter went nuts thinking it was Vlad Guerrero being called up when it was actually Guerrieri.

Dang, missed an opportunity to post this yesterday with it being Games of Thrones Day at Marlins Park.  Any GOT fans here?  This is the Dark Hedges, apparently made famous by an opening scene of the main character riding through here (I don't watch the show so don't know the exact story of the scene).  An incredible natural phenomenon of trees all lined in a row on one road, located between Giant's Causeway and Belfast in Northern Ireland. 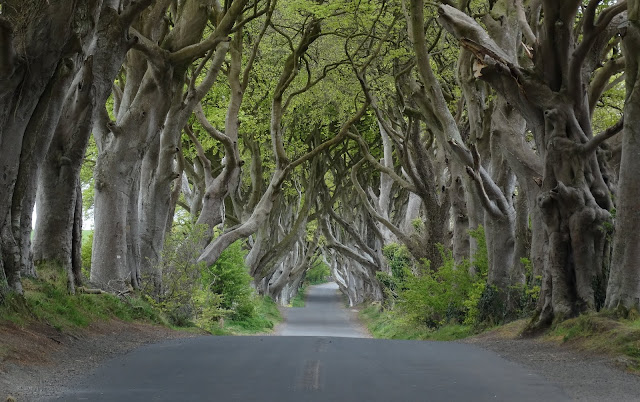 (Lineups not posted yet, but tell me the truth, is there a difference?  Gotta run now, feel free to post the real lineups) 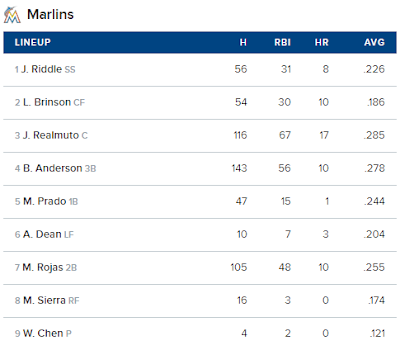 This is your "Thanks for the memories, Dosh and Grandy" game thread.
Posted by macgyver13 at 6:00:00 PM