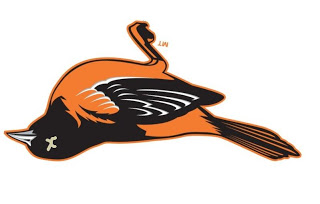 After a series win (!) against the Yankees in their home park, the Blue Jays had an happy (and short) flight to Baltimore for a three game series.  The last time the Jays were in town, they were embarrassed in a three-game sweep to the worst team in the bigs.  Let's sweep 'em, mmkay?

Ryan Borucki takes the ball tonight and his opponent, Evan Phillips, is making his first major-league start for what sounds like a bullpen game.

Anthony Alford has been called up.  Let's see how his audition for a starting spot next year goes.

Only one @MLB closer remains PERFECT in save situations this season.


This perfectly captures how the oriLOLes season has gone - they can't see well enough to field or to hit the ball!  C'mon! They walked right into that one... 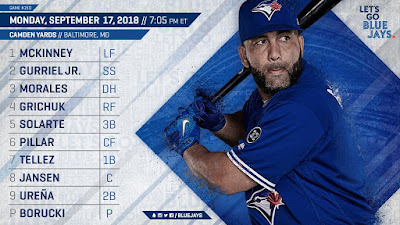 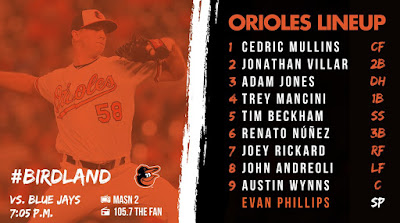 This is your "let's not get embarrassed by these guys like last time" game thread.