After salvaging the finale of the series against the Tampa Bay Rays, the Blue Jays welcome the Clevelands to town for The Shapiro Bowl, facing a team that will be clinching first place in the AL Central rather soon - their magic number is 8, easily the lowest of any division leader.

Sam Gaviglio takes his 2.68 home ERA (in nine starts) to the mound against Shane Bieber; both are facing tonight's opponents for the first times in their careers.

Pity.  Dosh Jonaldson won't make an appearance in Toronto to provide some closure after the hubbub over the trade from Toronto to Cleveland.  He's down on the farm, clubbing home runs as if he'd never been on the DL.

Two players have been added to expand the rosters even further for the Jays - Justin Shafer and Reese McGuire.  The conga line bidding to supplant Russell Martin as the incumbent continues: 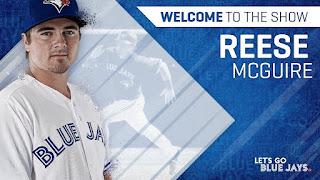 Long day at work, so not much else to report on for now.  Just go out and kick their asses to make up for the 2016 ALCS. 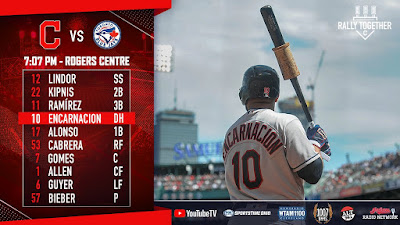 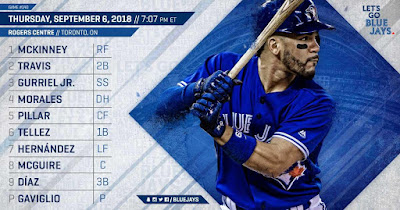 This is your "dog days of September" game thread.