The Blue Jays are recovering from whiplash as they built up a 4-2 lead in the 4th only to watch the Clevelands blow right by them in last night's game.

In tonight's second game of the Shapiro Bowl, the Blue Jays attempt to right the ship once again as they send out Marco Estrada to try and keep the Clevelands from partaking in a home run derby, going up against Cookie Carrasco who is having another typically solid season.

It wasn't all bad in last night's game.  On Rowdy Tellez:

Folks, we have @MLB HISTORY!

Rowdy is the FIRST player in the live-ball era to record extra-base hits in EACH of his first THREE plate appearances! pic.twitter.com/pETP4olJZo
— Toronto Blue Jays (@BlueJays) September 7, 2018

And how about Reese McGuire?  Throwing out a baserunner at second while on his knees!  And hitting a double in the 9th for his first MLB hit.

Ryan Howard just announced his retirement.  He had a real nice stretch in the late 2000s when he had four seasons in a row with 45+ HR and 135+ RBI.  Only two active players have had even one season with these numbers (Albert Pujols twice, Chris Davis once).

Ken Rosenthal offers a viewpoint of what the Angels should do with Mike Trout as he has two years left before free agency.  Article here.  What do you offer to a guy like Trout, anyway?  8 years at $40M per as Kenny suggested?  More?  Less? 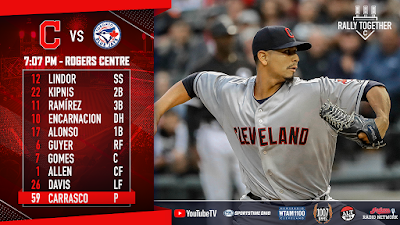 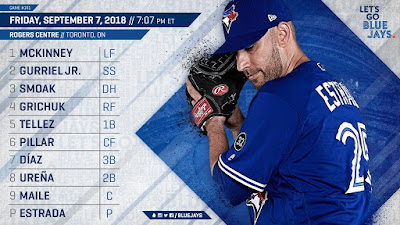 This is your "hopefully we don't get embarrassed" game thread.