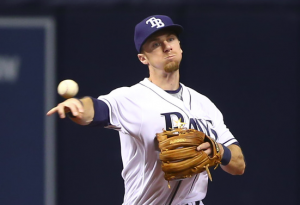 After a difficult road trip that saw the Blue Jays get swept by the worst team in the league and nearly lose the series against the basement dwellers of the NL East, the Blue Jays returned home to begin a difficult home-stand facing a Tampa Bay Rays team that has been kryptonite to Toronto all year, followed by a three-game set against the best team in the league.Marcus Stroman made his return to the mound after missing a couple of turns due to a blister on his pitching finger. Blue Jays management must have been holding their collective breaths watching this one, given what Aaron Sanchez went through with his blister problems. Here is tonight's game recap.