The Blue Jays go into this matchup looking to secure a series win.  They send out Sean Reid-Foley in search of his first MLB win, going up against a chap who is making his MLB debut, Jeff Brigham.

It's September, so... just go out there and try not embarrass yourselves too much, eh Jays?

Still a lot of speculation as to who the mystery PTBNL will be in the Josh Donaldson trade.  Yandy Diaz?  Yu-Cheng Chang?  Shane Bieber?  Julian Merryweather?  (the latter seems to be the most likely candidate so far)

Congratulations to Giancarlo Stanton.  The Yankees just locked up their 26th consecutive winning season and this is the first time in nine seasons that Stanton has been on a team that finished above .500.  That 26-season streak (1993-present) by the Yankees is the second-longest in MLB history - the only one longer was the 1926-1964 Yankees (39 years).

Semi-Blue Jay-related factoid:  Jose Urena became the second pitcher to have a no-out start and then a complete game in his next start.  The other?  Jim Clancy (with the Astros after many years as a Jay).  Urena, as you may remember, hit Ronald Acuna with the first pitch and got tossed from the game.  Clancy had a 0-out, 7 ER start, then followed up with a CG 3-run start.

Jose Bautista is one of just two active players who have led their league in HRs and BBs in the same season.  Who's the other?


PICS OF THE DAY:

Oświęcim, Poland - a trip to Auschwitz-Birkenau.  The most dangerous thing that humankind can do is to forget the lessons of the past. 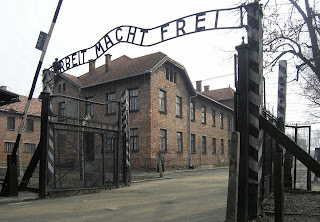 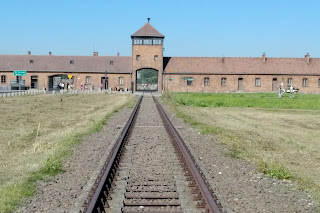 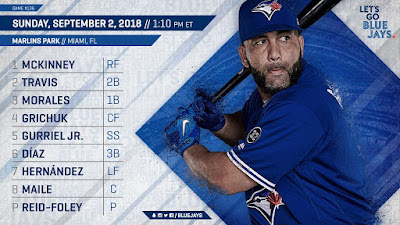