After a wild 9-8 loss where they pounded out 18 hits, the Blue Jays look to salvage a tie in the four-game series and win the season series against the Clevelands.

Thomas Pannone takes the mound for his third major league start in place of Marcus Stroman, who is off getting his finger amputated and regenerated.  Let's see how Pannone does against a legitimate team -- his previous two starts were both against the oriLOLes.  Pannone is a former Cleveland farmhand, coming over in the Joe Smith trade last season.  Mike Clevinger is his counterpart on the hill today.

The legend of Rowdy Tellez continues.  First player since 1913 with seven extra-base hits in his first four career games and the fourth player in the live ball era to have each of his first seven hits go for extra bases.

Any of you going to the game today?  It's the Buck Martinez "Get Up!" Alarm Clock day!

Get up every morning to the voice we all love.

Come to the ballpark early this Sunday and get your Buck Martinez Get Up! Alarm Clock.


Yangervis Solarte has been activated off the DL.  Let's hope the DL stint removed his la-de-la-la lackadaisical attitude and brought back his April bat. 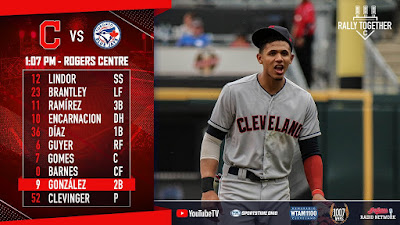 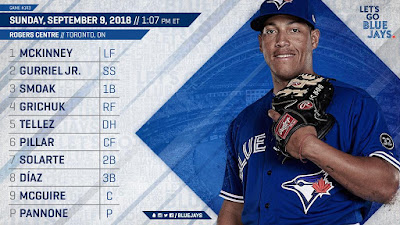 This is your "let's win the season series!" game thread.