Game 2 of the Shapiro Bowl last night went to the Blue Jays after Kevin Pillar teed off with a driver and golfed the ball into the left-field stands to walk it off.  The Jays look to keep the momentum going in the third of a four-game series.

Sean Reid-Foley makes his fourth major league start, coming off an excellent outing his last time.  He goes up against Adam Plutko, who made his MLB debut against the Jays back in May.

So... Rowdy certainly has made a fast impression after three days as a major-leaguer, eh?  Only one other rookie has ever had six or more doubles in any three-game stretch:

Never a bad thing to be in the same company as Joe DiMaggio.  But, hey, Joe didn't do it in his first three games as a major-leaguer.

Here's what Shohei Otani has done since August 1st:

Who needs a UCL?

Your thoughts - should he stick with hitting from now on or should he go back to being a two-way player when his arms recovers from TJ surgery for the 2020 season?

It's Saturday and I'm tired from a long start-up week at the college.  This is what you're getting today for a game thread. 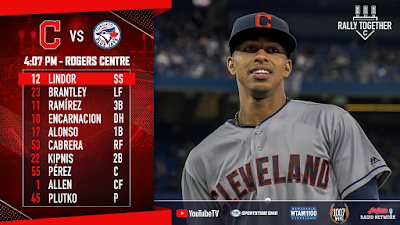 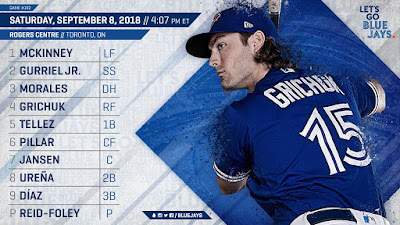 This is your "let's not strike out 20 times today" game thread.