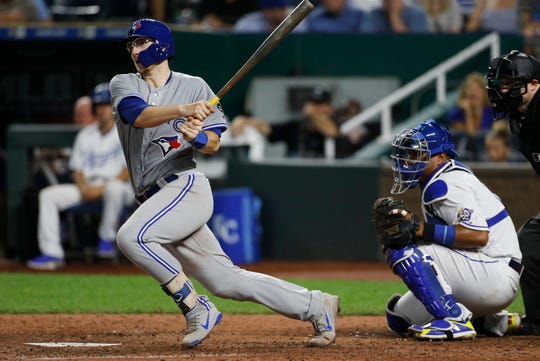 
After a great come from behind win led by the hot stick of Lourdes Gurriel Jr, who homered twice, the Blue Jays look for their second straight win. Marcus Stroman gets his second to last start before the all-star break tonight. It's expected he or Ken Giles will be the rep for the Blue Jays at the all-star game. In the event of injury to one of the outfielders, Lourdes Gurriel Jr. has made a strong case for being an injury replacement. He has 6 outfield assists to lead all AL left fielders and has jacked his average to .309 with a pair of HR last night. Danny Jansen got his 4th straight start behind the plate.