The Blue Jays and the Red Sux have split the first two games of this series, each pulling out a comeback win.  Both sides are claiming "we should be going for the series sweep this afternoon."

In the finale, Marcus Stroman takes the ball as he continues to burnish his resume for an All-Star selection and as the top pitching trade bait for the next month-plus.  He'll take a career 5-3, 3.70 mark against the Sox as he faces the Porcini Mushroom, who is 10-11, 5.39 in 25 career starts against the Jays.

Sean Reid-Foley has been called up by the Jays. Jordan Romano has been sent down to make room for SRF.

Nice to see Ken Giles back at full strength (he was popping 98, 99 regularly) and reinstating his value for the trade deadline.

The meltdown on Sons of Sam Horn (SOSH) last night was a beauty to see.  Best comment of the day:  "The bullpen is fine, claims Baghdad Bob."

In case you're interested, here's the umping crew today:

The team floundered for the next decade-plus with flotsam and jetsam at shortstop while Young was putting up 200 hits year after year and playing respectable D. As well, Loaiza didn't boost the starting pitching and did squat until he went to the White Sox and nearly turned in a Cy Young season the year after leaving the Jays.

Your turn. Worst trade ever or is there another one worse?  Some other trades turned out badly but were defensible at the time. 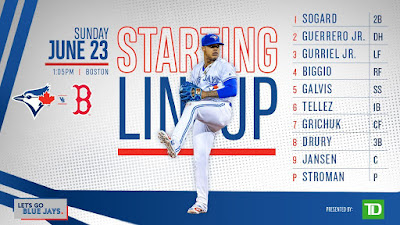 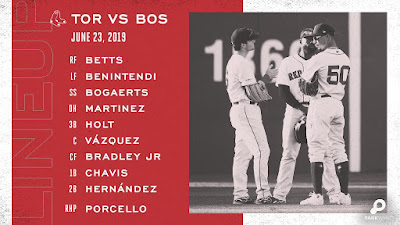