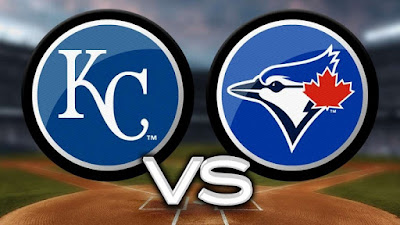 The Blue Jays look to secure a series win in today's third of a 4-game set, riding high after a two-run, walk-off home run by Danny Jansen in yesterday's matchup.

On the mound, two starters mired in winless stretches go head-to-head.  Aaron Sanchez takes the ball for the Jays, having lost his last 9 decisions.  His counterpart, Brad Keller, hasn't won in his last six starts.

Our old pal, man_in_the_suit, posted about his experience of being at Game 1 of the London Series between the Red Sox and the Yankees... read about it here:  http://disq.us/p/22s0qag

Mostly good news on the injury front after two things happened in yesterday's game that left many fans wondering:

- Marcus Stroman reported cramping in his left shoulder and had trouble getting loose; it's being called a left shoulder pectoral cramp and Stroman expects he'll be out there for his next start.

- Ken Giles was given the day off as it was decided beforehand that he wouldn't be pitching on back-to-back days for a little bit to ease him back as he just returned from an elbow inflammation the other day.  Should be good to go today if there's a save situation.

Vlad Jr. has just been confirmed for the Home Run Derby, youngest ever to be invited.  Hope it doesn't mess up his swing, but could be a confidence booster to carry over into the second half if he does well.

Who's the all-time Blue Jays franchise leader in grand slams hit with 9? 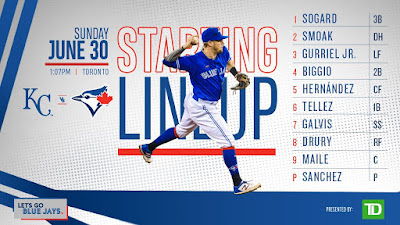 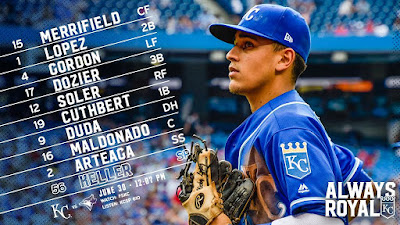 This is your "watch that first overall pick go bye bye in the rearview mirror" game threat.
Posted by macgyver13 at 12:00:00 PM