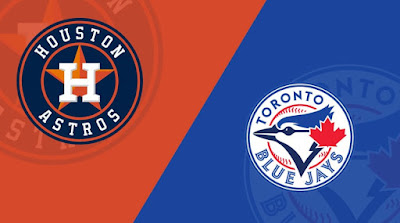 The Blue Jays look to salvage the finale of a three-game mauling by the Astros after the latter opened with 15-2 and 7-2 wins.

Trent Thornton faces the organization that drafted him and then traded him to the Jays last off-season for Aledmys Diaz.  He'll face off against Brad Peacock who has gone 3-0, 4.79 in three starts (six appearances) against the Blue Jays.

Happy Father's Day to all dads out there!

From rides to practice to catch in the backyard, the #BlueJays and @PanasonicCanada want to showcase your proud papa!

Reply below with a 📸 of your closest ⚾️ moments with Dad! pic.twitter.com/KqanoCPTUh
— Toronto Blue Jays (@BlueJays) June 15, 2019

Apparently Gary Woodland's caddie is a Jays fan... check this out:


No Blue Jays Father's Day post would be complete without a nod to John McDonald's stirring home run on Father's Day 2010 in his first plate appearance after bereavement leave for his father's death:
Video of McDonald's HR 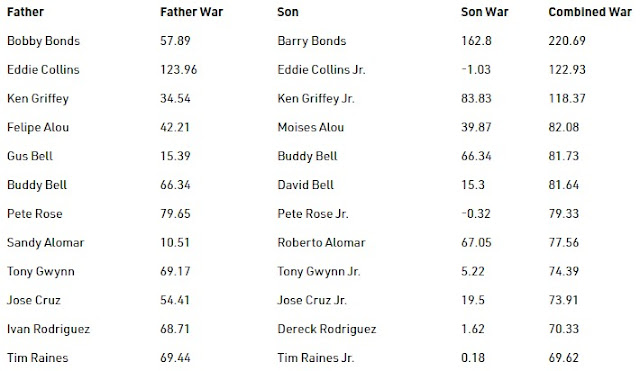 What about the Bichettes, you ask?  Bo has a long, long way to go before he can pull him and his dad up onto the top 10 list -- Dante played 14 years but was only worth 5.7 bWAR.  I think it's safe to say that Bo will exceed that number rather easily, but can he compile 68+ to reach the top 12 (assuming both the Biggios and Guerreros eventually crack the top 10)? 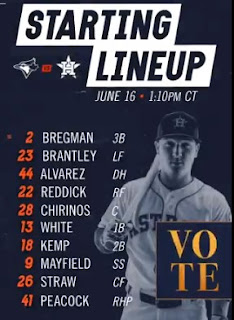 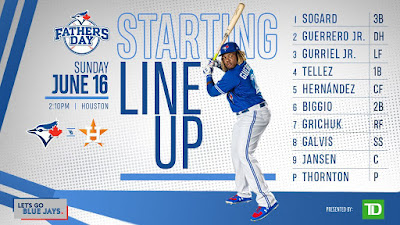