After a successful trip to Boston, where the Blue Jays took two out of three and could (should?) very easily have ended up with a sweep, the Jays head to New York to take on the home run-hungry Yankees.  The Jays' offence might be slowly emerging from its deep slumber; they've scored at least 5 runs in 5 straight games, 7 of their last 8, and 9 of their last 12 -- most of that done without Vlad being a significant contributor with his hand injury.

On the hill, Aaron Sanchez looks to rescue what is rapidly becoming another lost season.  He'll face CC Sabathia, who is quietly going through a retirement tour in his final MLB season.  CC got his 250th major-league win in his last start and is a career 18-12, 3.65 ERA in 35 career starts vs. the Jays.

Hot Take:  There's something wrong with Sanchez and he'll be off to Dr. Andrews' office in the near future.  6.46 ERA since his fourth start on April 16th, 0-8 and 7.55 ERA since his seventh start on May 2, and 11.09 ERA in the month of June alone.  It's time to stop pretending that Sanchy has some value before the trade deadline and send him off to get fixed in one way or another, whether it's the finger, elbow or shoulder (or all three).... or his head, if it'll take a minor league assignment to clear his head. If we can get him right and have him revert back to something resembling his 2016 form, that would be a bonus and he could be part of the rebuild in the long run.  If not, put him in the bullpen where he's been effective in the past.  Do something.

Nerd Power:  Eric Sogard is hitting .397 with 4 HR in the month of June so far.  Those 4 HRs were more in one month than he had hit in an entire season coming into this year.

The Yankees are currently on a team-record 26-game HR streak, only one short of the major-league record of 27 held by the Texas Rangers in 2002 (a year when they had a juiced-to-the-gills Alex Rodriguez).  Shall we be the ones to snap their HR streak?  Make it so! 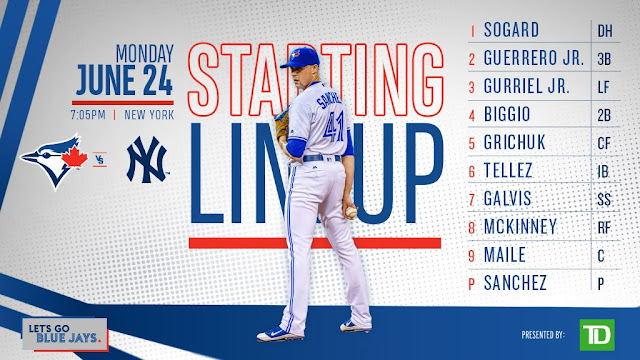 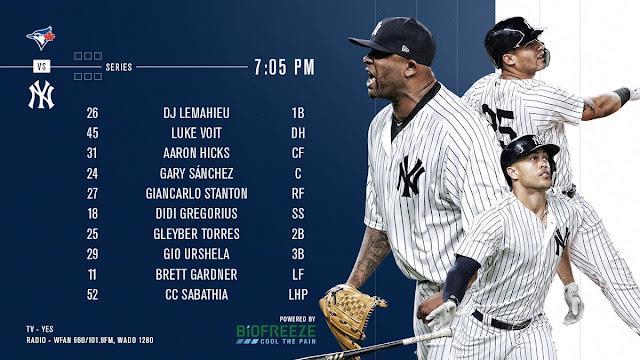