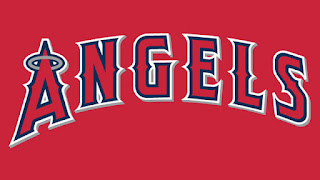 Well, that (almost) predictably didn't go well for Edwin Jackson in the series opener last night, just blown off the mound with 7 runs in less than an inning.  Might we have seen him for the final time in a Blue Jays uniform?

In today's second game of the series, the Blue Jays look to build upon the offence they displayed in the final few innings and get back on track, especially now that the rest of the city of Toronto no longer have any sporting distractions (well, of course, until Kawhi signs somewhere) to take away from the stench of this year's team.

Marcus Stroman auditions once again for the Padres and Yankees tonight while going up against Tyler Skaggs of the Angels.

Mike Trout is having his usual season with 4.8 bWAR, .296/.461/.635, 187 wRC+ and 20 HRs ... except for one thing that should make every pitchers' blood run cold at the prospect of a big second half coming.  His BABIP is at a career low .304, almost 50 points lower than his career average.  He's got career bests in K% and BB%, so the only thing that ought to go up (way up) is the BABIP.   This could be Trout's best all-around season by the time September rolls around.

One thing that may be in the Jays' favour in tonight game:  The Angels are making their eighth attempt to reach .500 this season and have fallen short in the previous seven tries.  Where have we seen that before?  Oh yeah, the 2017 Jays, who fell short in nine attempts to reach .500 before a late swoon put them at 76-86.

Here's a guy I always enjoyed watching in the 1980s.  This 1987 Cy Young winner wrapped up his career as a Blue Jay for a brief time in 1996 at the age of 36.  After a long, very solid career, it was becoming quite apparent in his final three seasons that he was cooked and his stint with the Jays ultimately put a bow on his career.

I'm referring, of course, to our one-time Blue Jay of the Day ... the guy they called Sweet Music, Frank Viola! 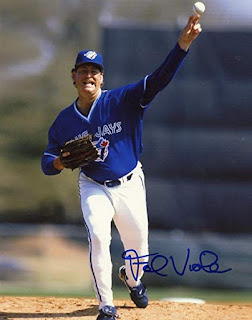 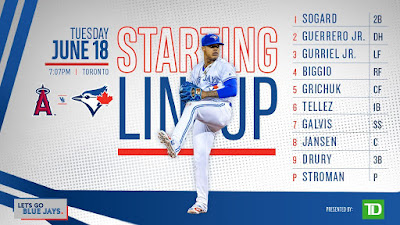 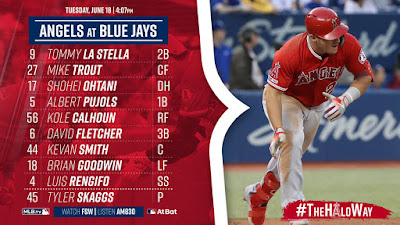