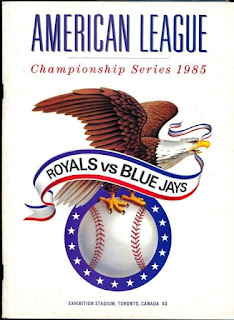 After finally getting a day off after 16 straight days with a game, the Blue Jays get set to face the Kansas Shitty Royals in a four-game series that will end with a Canada Day matinee.  Tough road trip for the Jays, but they did win two out of three in Fenway and went right down to the final at-bat in each of the three losses in Yankee Stadium.

Tonight, Sean Reid-Foley gets a chance to prove his worthiness of staying on the Jays roster as he takes the ball for the Jays.  He'll go up against Danny Duffy, who is a career 2-3, 4.86 against the Jays.

Roster Move:  Justin Smoak has been reinstated from the injury list, and Billy McKinney sent down to Buffalo.

Just four years ago, these two teams were battling it out for AL supremacy and the right to go up against the Mets in the World Series, and this year they are likely destined for 100+ losses.  Just goes to show you how quickly things can change in sports.

One of our boys is going to the All-Star Futures Game:

A couple of trivia questions for ya tonight...

1.  Which Blue Jay was selected to the most all-star games for the team?

2.  Two Blue Jays have hit two HRs in one inning.  Name them. 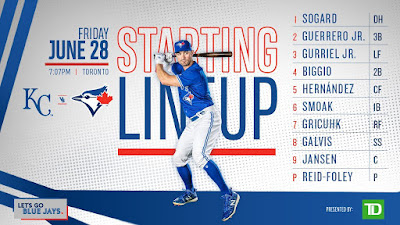 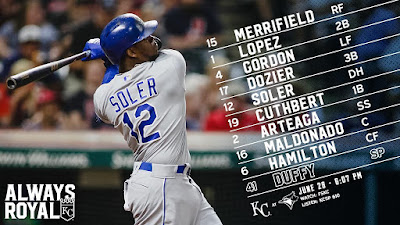