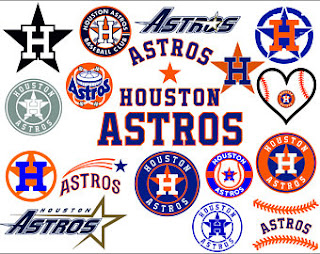 After a 15-2 pounding in the series opener, the Blue Jays look to right the ship and try to hold the flooding to only a trickle this time around in today's second game.  It's like the Astros don't even need the services of guys like Altuve, Correia, Springer and Diaz.

Vlad Guerrero Jr. isn't in today's lineup as he was hit on the left hand in yesterday's game, though x-rays came back negative.  Blue Jays fans (all 7 of you left) are holding their breaths to see if the hand doesn't swell up even more to keep him out of a few games.

Gotta love Jean Segura and his base-running antics.  Remember the time when he stole second, tried to steal third but ran back to second and then while walking off toward the dugout, discovered he was still safe and stopped at first base (and then got thrown out trying to steal second again)?   Well, the other day in the 3rd inning, he was called out at first and then called out on a stolen base attempt in the same at-bat ... both outs were overturned by replay.  First time a player was saved twice by replay. 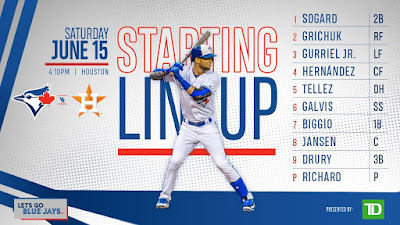