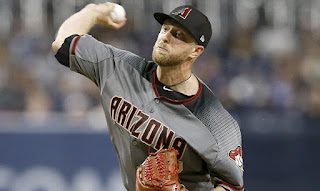 After a difficult loss to the Yankees, the Blue Jays were right back at it taking on the Arizona Diamondbacks. Marcus Stroman was back on the mound (he got one of the three wins in 2016 vs. Arizona). Cavan Biggio got the start at first base as Justin Smoak got a full day off and Rowdy Tellez served as the DH. Danny Jansen was back behind the plate after a day off yesterday. Randal Grichuk also returned to the field after serving as the DH yesterday. Could the Blue Jays get back on track with a win? Here is tonight's game recap.