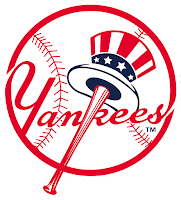 
note: carried over from the previous thread. no editing was applied.

The air was filled with promise up in Crampsville that fine day.
The pop was cold, the jokes were old, The Jays were gonna play.
And when the game comes on the air a smile will fill Cramps face.
A win here would keep The Jays from expansion type disgrace.

When game time came it seemed to him that things were not the same,
Cuz at the plant he said he can't tune in the gosh darn game.
The air waves spewed out hockey of the Junior D nature.
This small town radio station could stick it that's ferrsure.

So back to working hard went Cramps both miffed and mortified.
Then all alone, he checked his phone, My God. The games is tied.
The atmosphere both there and here was getting very tense,
Cuz being on your phone at work was a firing offense.

The time went by like when one sits and watches paint go dry.
But that's okay, he'll work and pray, and emit the odd sigh.
Then at his break, his phone he'll take, and Google with great speed.
And when he did, he flipped his lid, The Jays were in the lead!

So back to work he went, all those deep worries they had fled.
Then someone near made it quite clear, the Yanks had gone ahead!
His heart than sank, some would say clank, his pain began to show.
But there were still four innings left, and well, you never know.

Then just as he got to the clock to punch out to go home,
A fellow fan, ( that cute Dianne) said Smoak had hit a bomb.
But in the car, it was bizarre, The Fan would not come in.
All he could hear in his good ear, was atmospheric din.

When he got home he rushed inside to turn the TV on.
It was the bottom of the ninth, two Yankees now were gone.
Giles took the ball, and standing tall, made The Yanks look quite lame.
And with that throw, what do you know! The Jays had won the game!

Now all over Crampsville, oh the sun is brightly shining
Fans about do jump and shout. They see the silver lining.
The sky is blue, the season's few days now being numbered,
The joy reigns down in Crampsville. The Jays won't lose a hundred.

A Reimaging of "Casey at the Bat" (1888) by Ernest Lawrence Thayer.
Courtesy of -- who else? -- all-star poster nocramps13. Show the man some love. 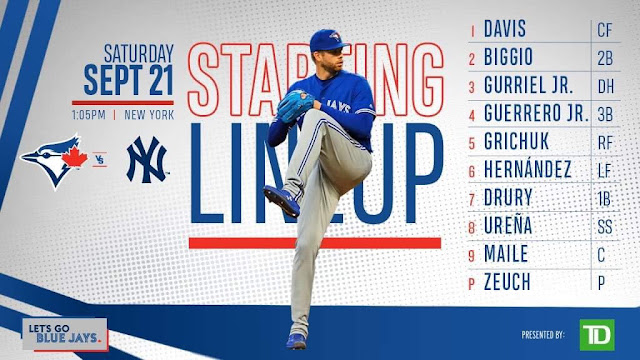 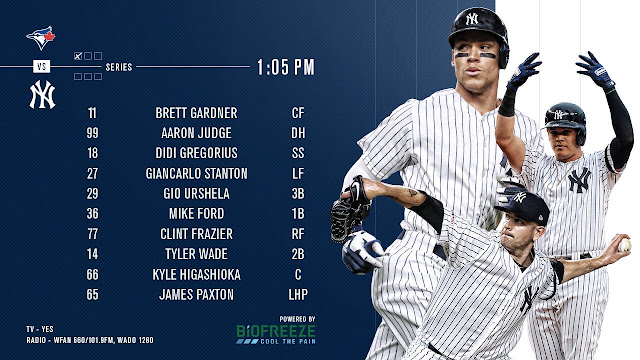 This is your GAME THREAD: "Six in a Row? That's Unpossible!" Edition.