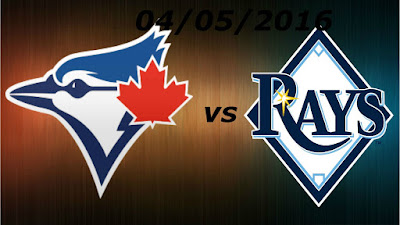 The penultimate game of the 2019 season.  After watching the Tampa Bay Rays clinch a post-season berth last night, the Blue Jays look to take advantage of a hopefully-hungover squad - don't count on that last bit, though, as the Rays are tied with the A's for home-field advantage in the wild-card game, though I'm not really sure what home-field advantage would look like in St. Petersburg when there's 6,000 fans at the game.

Trent Thornton takes the ball for the Jays for his final start of the season, and he'll look to avoid setting the mound on fire against the Rays for a change, having gone 0-1, 8.44 in four starts this season.  He'll face Ryan Yarbrough, who is 6-0, 1.99 in eight outings for his career against the Jays.  On paper, a total mismatch.

Breaking news.  Vlad is out of today's lineup with a sore knee.  You can just hear the HPD cackling in the background and Oakville throwing stuff against the walls. 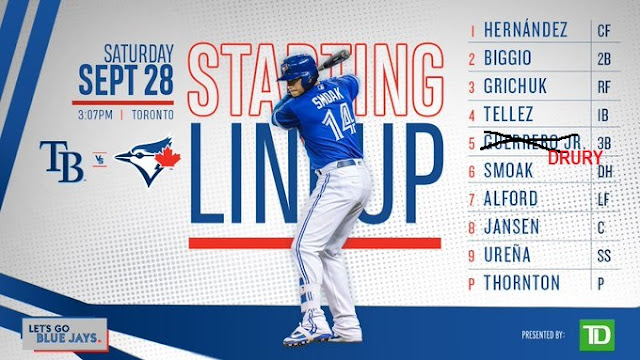 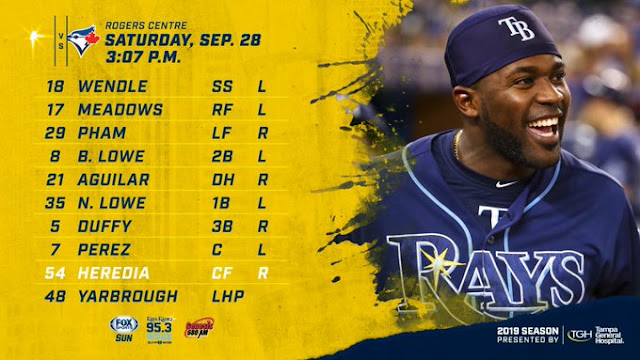