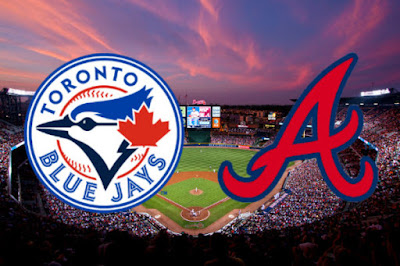 The Blue Jays, after running into Justin Verlander, head to Atlanta for a two-game mini-series against the Braves, who they just saw last week in Toronto.  The teams split last week's series with each of today's starting pitchers losing their matchup.

Jacob Waguespack takes the ball for the Jays as he looks to atone for a rough outing last time out against the Braves.  Similarly, Mike Soroka, a Calgary kid, looks to get back on the winning track after being outduelled 3-1 by seven Jays pitchers.

It seemed that something happened in yesterday's Jays game.  Let's just say it wasn't a "smashing hit" for the Jays.  Good news - no team has ever been no-hit in back-to-back games.

Then again, Vlad is getting the day off.  Book it, we're getting no-hit again.

Easy - Who's the only pitcher to throw no-nos in back-to-back starts?
Hard - Which two teams threw no-hitters against each other on consecutive days?  Bonus if you can name either of the pitchers (one of whom is a Hall of Famer).

Let's get a Blue Jay-related trivia question not related to no-hitters but plenty of hitting... Which former Blue Jay tied the major-league record for RBIs in a game with 12?

And now here's a fun question:  Knuckleballer Joe Niekro hit only one HR in his career in 973 at-bats.  Which Hall-of-Famer did he hit it off? 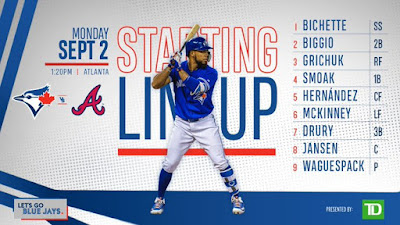 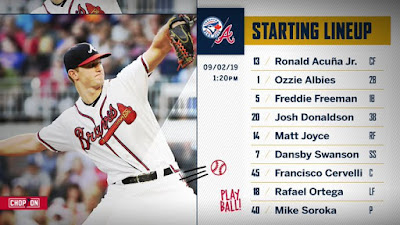