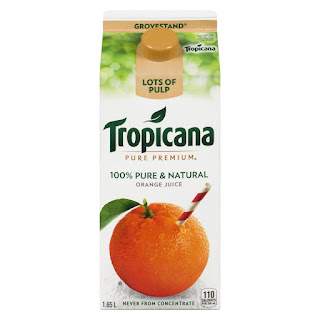 The Blue Jays look to avoid getting slaughtered in the third game of a four-game series after Tampa took the first two games.

On paper, it's about as one-sided as a matchup you could get with a young guy making his MLB debut (Anthony Kay for the Jays) going up against a guy who was in the conversation for the Cy Young for a while before going through a rough spell (Charlie Morton for the Rays).  Morton was 11-2, 2.35 in mid July; he's 3-4, 4.70 since then.

The Jays need to go 8-12 to avoid 100 losses.  With the limp bats they've displayed lately, that should be a rather tall order.

Welcome to the big leagues, Anthony Kay.  It'll be good to get a look at the "other guy" in the Marcus Stroman trade as Simeon Woods-Richardson has been getting the greater hype compared to Kay.  Kay has gone 2-2, 2.50 in seven starts down in Buffalo.

Tweet announcing Kay's addition plus a couple other tidbits:

To make room, C Beau Taylor has been DFA’d. 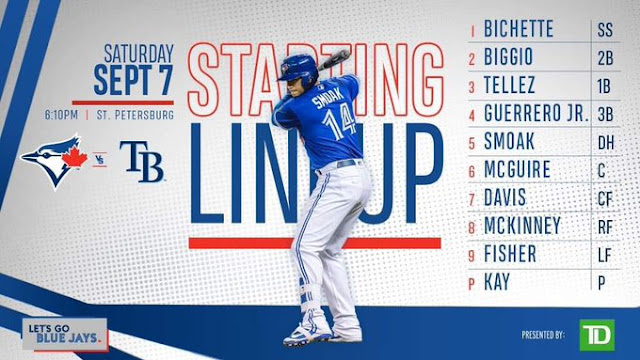 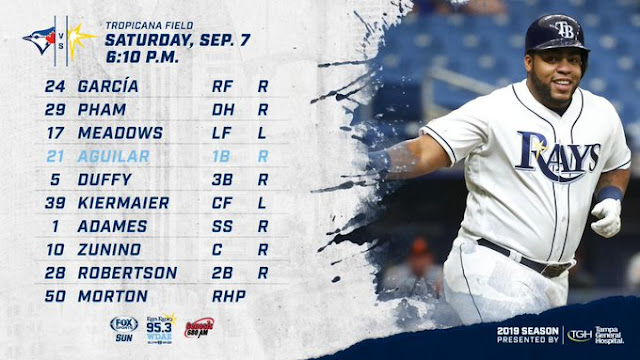