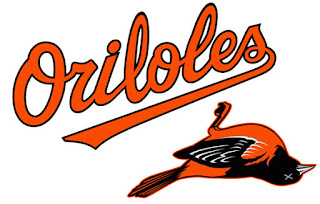 After a thrilling walk-off by Anthony Alford for his first major-league HR in the 15th inning, the Blue Jays head back out there to take on the Orioles in the second game of a three-game set.

On the mound, we've got Anthony Kay looking to establish himself as a definite contender for a 2020 rotation spot.  After nabbing his first major-league win in his previous start last week against the O's, Thomas Pannone going for the Jays in a hastily-arranged bullpen day.  He'll start things off against Dylan Bundy, who has been tough on the Blue Jays this season (1-0, 2.12 in three starts)

JITH fantasy league news:  Steve-O is your champion.  Felicitations are in order.

In case you missed it last night, here's Alford's walk-off from a different angle:


The season is about ready to wrap up.  8 milestones to watch for during this final week (from MLB.com): 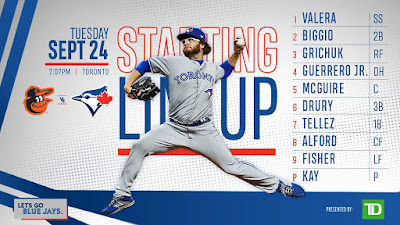 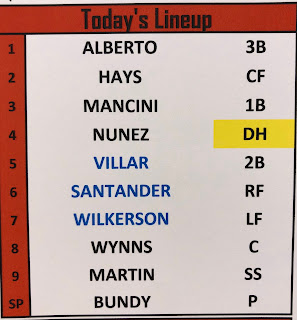