After a scintillating pitching performance by the Blue Jays pitching staff in yesterday's 8-0 shellacking, the Jays look to sweep the Red Sox in today's finale of a three-game series.

Clay Buchholz faces his former team for the first time after spending ten years with the Red Sox, and hopefully he'll be inspired to take advantage of a demoralized squad.  He'll go up against Jhoulys Chacin, who will be making his second appearance as a Red Sox after being released by the Brewers.  Chacin is also making his first appearance against the Jays.

And, no, no relation between him and his cologne-spritzing namesake, Gustavo Chacin, though they're both from Venezuela.

Elvis is in the house!

What they failed to mention was that it just so happens to be Clayton Richard's birthday.  He probably got a cake that looked something like this: 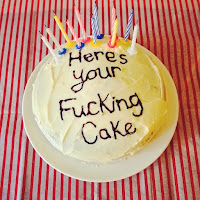 18 days left in the season.  And it also just so happens that Elvis Luciano needs to be on the roster for 18 more days in order to satisfy the Rule 5 requirements.  Shenanigans?  Nope, no shenanigans or anything like that.  No sirree Bob.

I have a hunch that Rowdy seems to like the Red Sox for some reason:


It was picture day for the Jays: 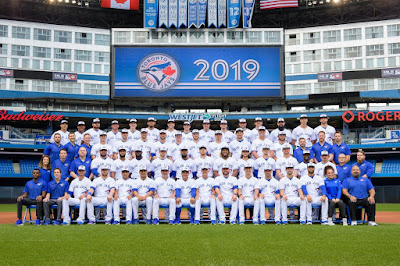 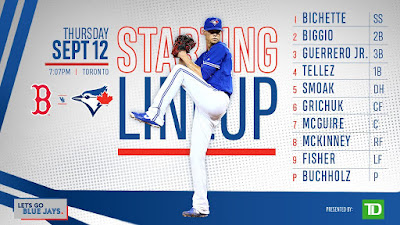 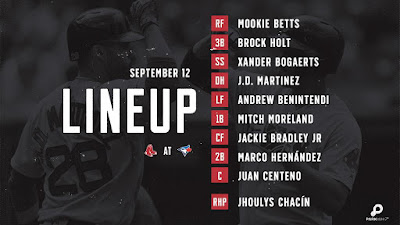