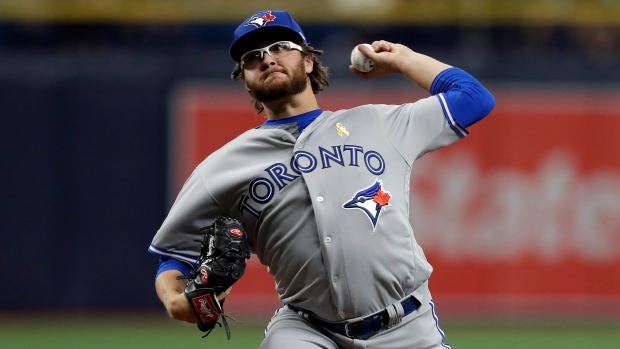 Anthony Kay threw 5.2 strong innings in his big league debut in a  losing effort as the Rays came from behind to defeat the Blue Jays 5-3


After dropping the first 2 games of this series, the Blue Jays look to get things back on track and get their first win in September. Anthony Kay got the start for the Blue Jays and became the latest to make his big league debut for the Blue Jays (TJ Zeuch, Trent Thornton, Elvis Luciano, Vladimir Guerrero Jr., Cavan Biggio and Bo Bichete have all made their big league debuts in Toronto this season.) Cavan Biggio was back at 2B after a complete day off yesterday. Justin Smoak got the half day off, serving as DH today with Rowdy Tellez at 1B. The outfield consisted of Jonathan Davis between Billy McKinney and Derek Fisher. Reese McGuire was behind the plate. Could the Blue Jays get their first W in September? Here is today's game recap.