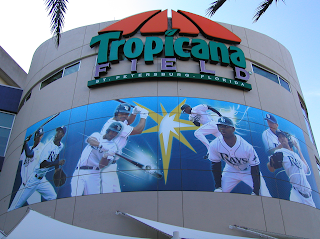 The Blue Jays look to even things up in tonight's second game of a four-game series against the wild-card leading Rays.  The Jays are riding a four-game losing streak and the Rays are in a 7-1 stretch as they fight to hold off the Athletics and Indians for one of two wild card spots.

Clay Buchholz is coming off his first win in a full year and hopefully his next win doesn't take anywhere near as long to come... like, tonight perhaps?  He'll face Brendan McKay, who is back up after a stint on the injured list and lost 4-3 to the Jays on August 7th in his one previous appearance against the Jays.  Buchholz is 9-8, 2.62 in 24 previous starts against the Rays.

Ho hum.  Just riding out the stretch as the Jays look to simultaneously improve their draft position while also avoiding 100 losses and giving their rookies as many looks as possible.

Vlad a gud swimmer.
Bo a gud HR hitter.
Reese a gud catcher at catching runners well before they arrive at 2nd base.
The rest of the team, well ...

Cool happening in last night's Miami-Pittsburgh game:  Brian Moran of the Marlins made his major-league debut at the age of 30, and the second batter he faced just happened to be his brother, Colin.  First time in MLB history a pitcher faced his brother in his debut.  Brian 1, Colin 0 as Brian struck out Colin. 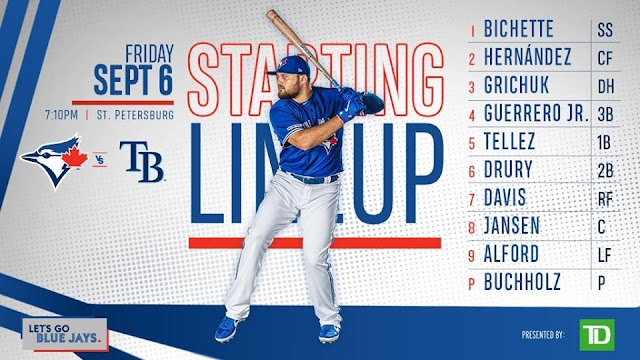 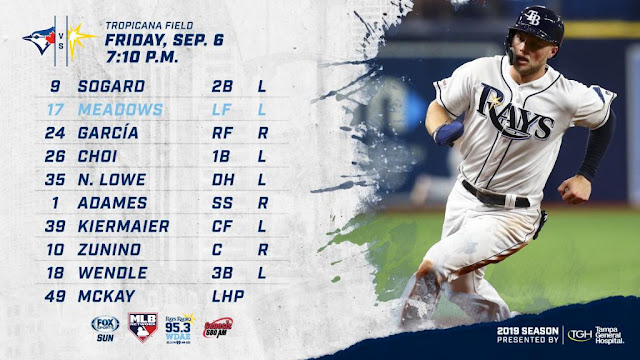 This is your "dog days of September" game threat. 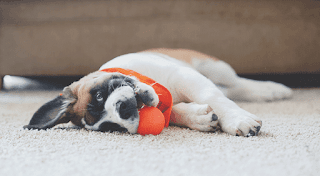